Which places do you value in your neighborhood in terms of aesthetics, biodiversity, and outdoor activities, and which views and sounds help you relax and forget about everyday worries?

How pleasant do you perceive different landscapes such as parks, private yards, water areas or forests in your own neighborhood?

Where do you experience positive and negative sounds and how pleasant or unpleasant are different sounds like bird song, children playing, or transport to you?

In both areas respondents mapped pleasant sounds, aesthetic values, and outdoor activities the most (see pictures 1 and 2). The difference between the areas in terms of urbanity and location could be seen in the mapping of urban life (higher in Kalasatama) and biodiversity values (higher in Kuninkaantammi). We only analyzed value points that were in the two residential areas and within a kilometer of the initial study area in more detail. 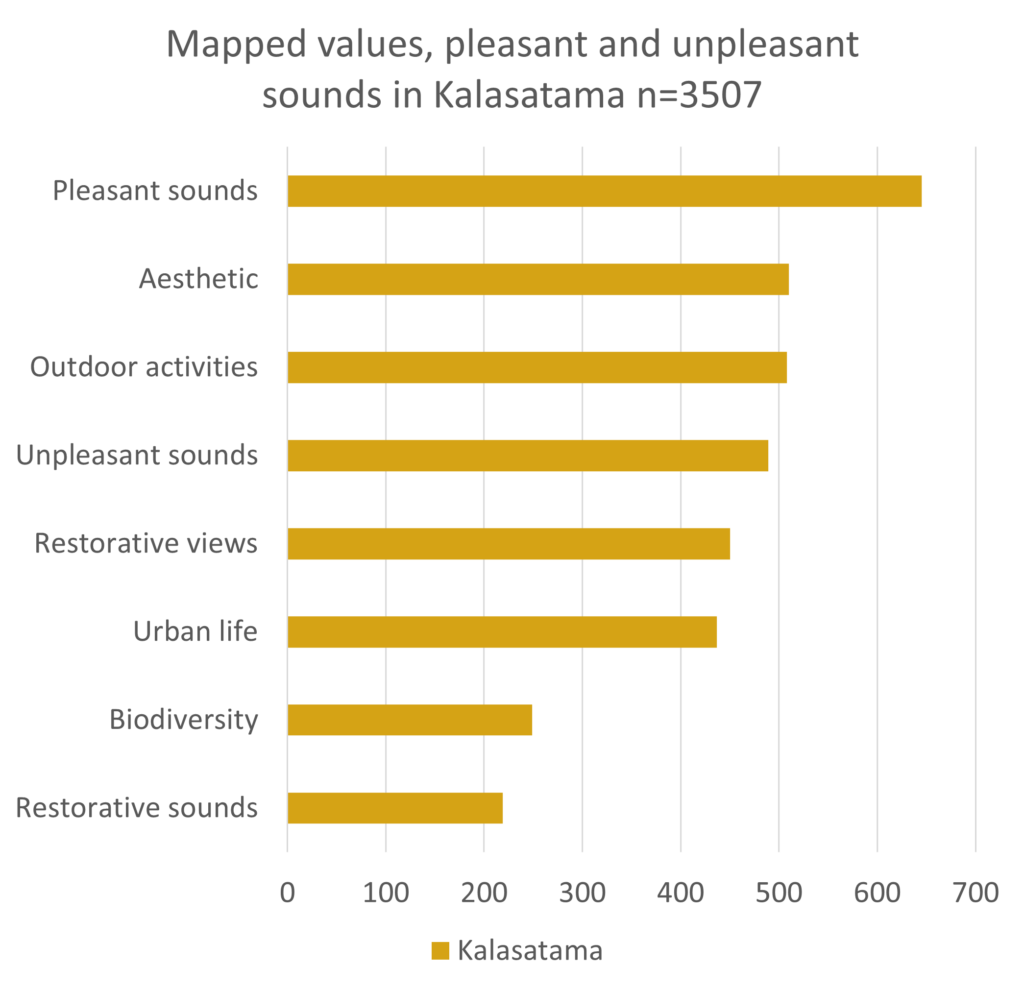 Picture 2. Pleasant sounds, aesthetic values and outdoor activities were mapped most in Kalasatama. 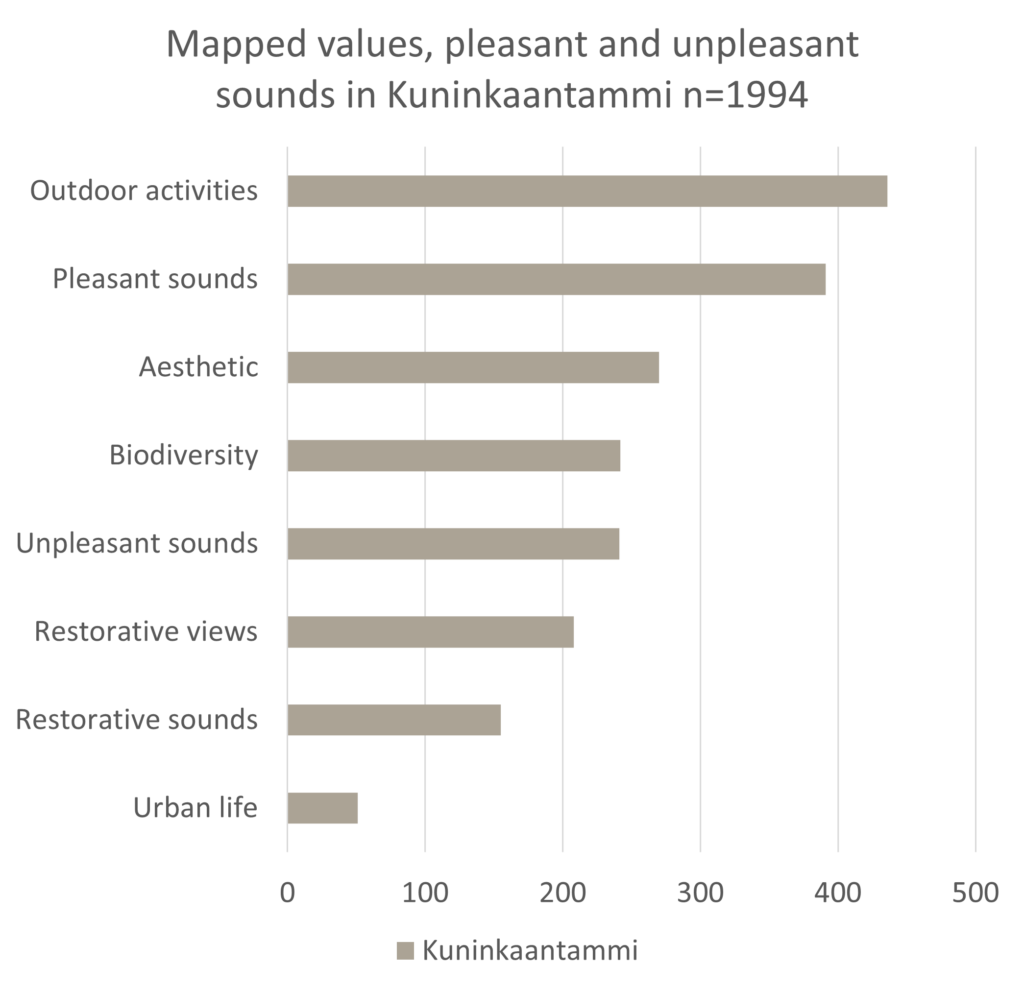 Picture 1. Outdoor activities, pleasant sounds and aesthetic values were mapped most in Kuninkaantammi. 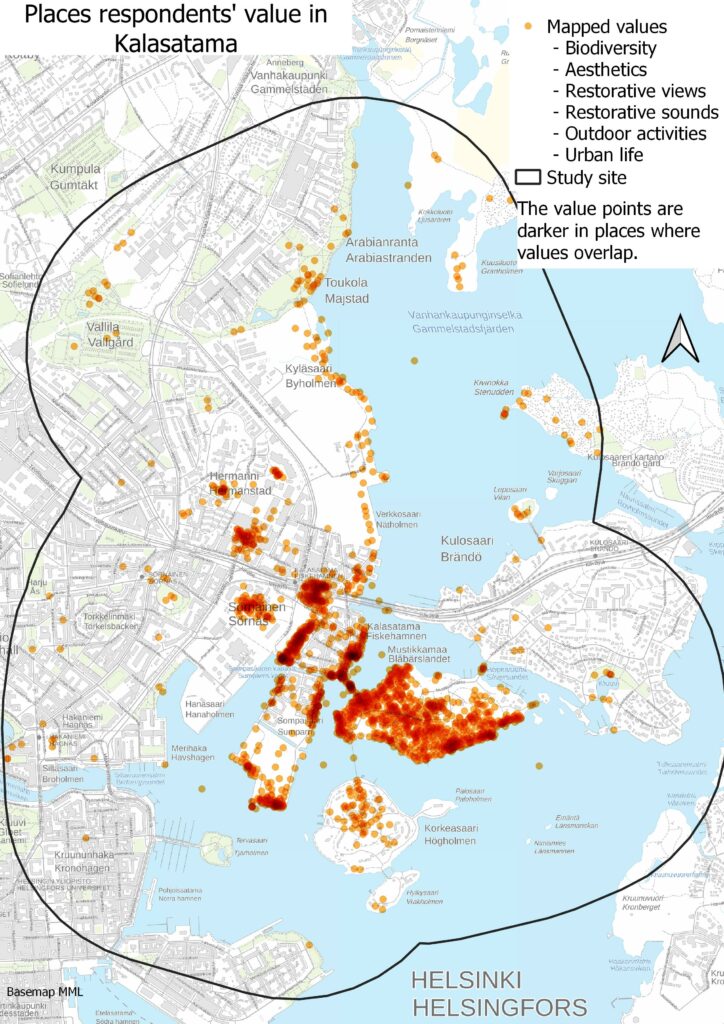 Picture 3. The places respondents value in all categories in Kalasatama. The values points are darker in places where value points overlap.

Restorative sounds were situated near water, especially on the southeastern parts of the recreational island, Mustikkamaa and on the riversides of Vantaanjoki.

In Kalasatama biodiversity values were concentrated in Mustikkamaa, especially in the inner more wooded parts of the island. In Kuninkaantammi most biodiversity values were mapped around a grove on the riverside of Vantaanjoki. Also, large forest areas in Keskuspuisto central park and smaller wooded areas around the residential area were experienced as important. In addition to the larger wooded recreational areas, outdoor activities were situated in novel and recently established parks and beach areas.

Restorative views and aesthetic values were distributed around the shores and riversides and in parks such as Kalasatama park or Helene Schjerfbeck park. In Kuninkaantammi elevated places like hilltops and cliffs provided restorative views and were often valued for aesthetics as well. 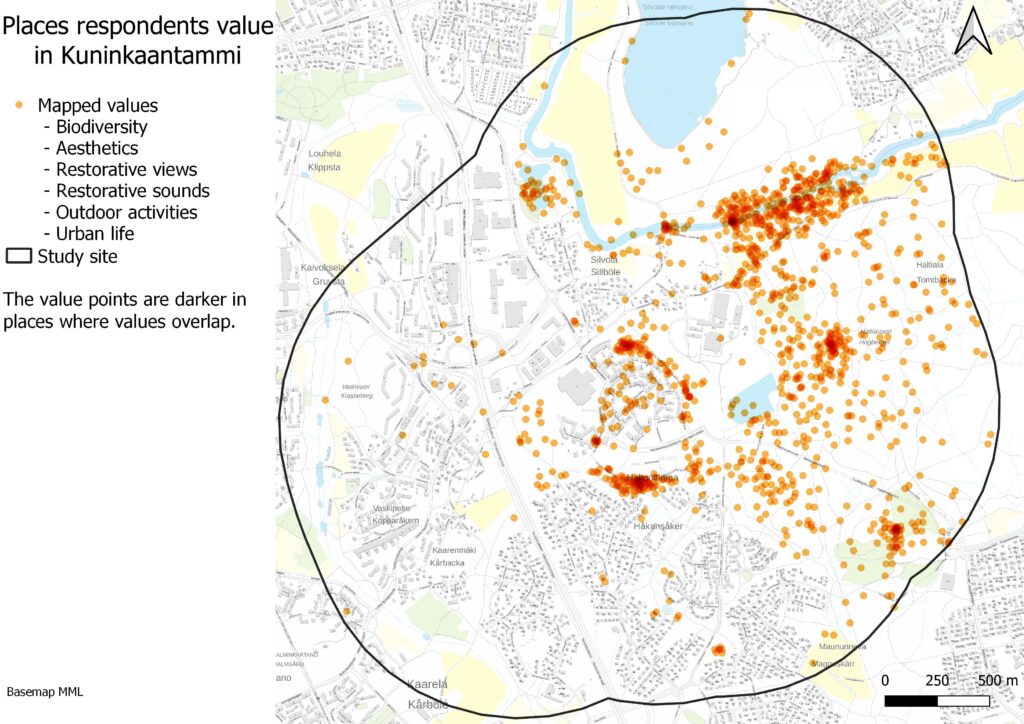 Picture 4. The places respondents value in all categories in Kuninkaantammi. The values points are darker in places where value points overlap.

Natural sounds and landscapes were perceived most pleasant by respondents

People perceived natural landscapes and sounds most pleasant in both areas. Forest and sea landscapes, water sounds, and bird song were perceived as pleasant by most respondents. In addition, pleasant sounds overall were often placed in green and water areas (see pictures 5 and 6). Relaxing water and sea views, and the closeness of larger recreational areas were important reasons to move to the areas. Children playing and street music were often seen as pleasant or neutral sounds. However, these divided opinions and some Kuninkaantammi residents felt that street music was more linked to city centers and urban life. Some people saw the construction phase of parks and yards unpleasant. Unpleasant sounds were situated next to incoming routes, roads, and construction sites in the built environment (see pictures 5 and 6).

The participatory mapping survey was carried out by the University of Helsinki (HY) and Finnish Environment Institute (SYKE) in Spring 2021 to the residents living in Kalasatama and Kuninkaantammi in Helsinki, Finland. The aim of the survey was to understand what kinds of environments and soundscapes residents value most and which kinds of sounds they perceive pleasant or unpleasant in neighborhoods ongoing change. The researchers in charge of the study were Silviya Korpilo

Links to the Kalasatama  and Kuninkaantammi surveys. 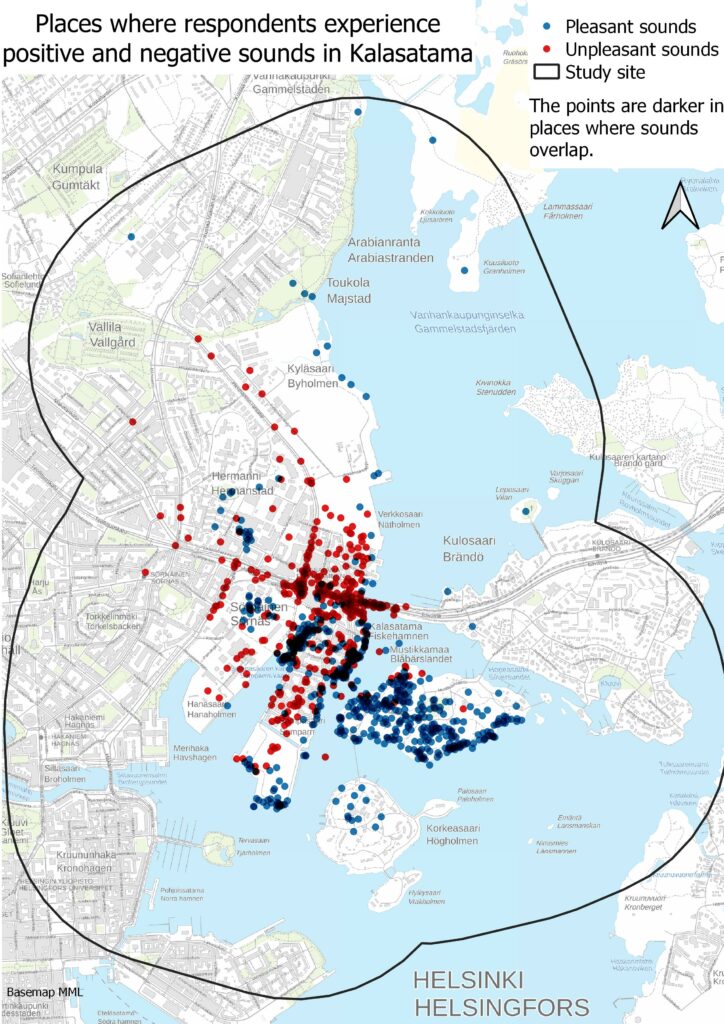 Picture 6. The places where people experience pleasant and unpleasant sounds in Kalasatama. The points are darker in places where sound points overlap. 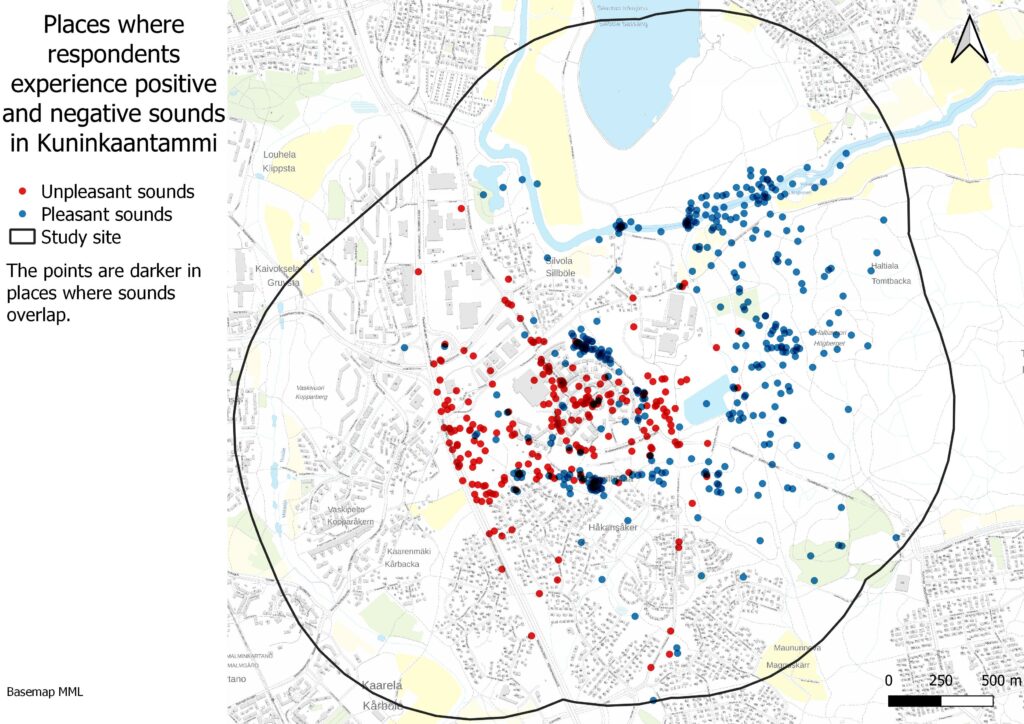 Picture 5. The places where people experience pleasant and unpleasant sounds in Kuninkaantammi. The points are darker in places where sound points overlap.